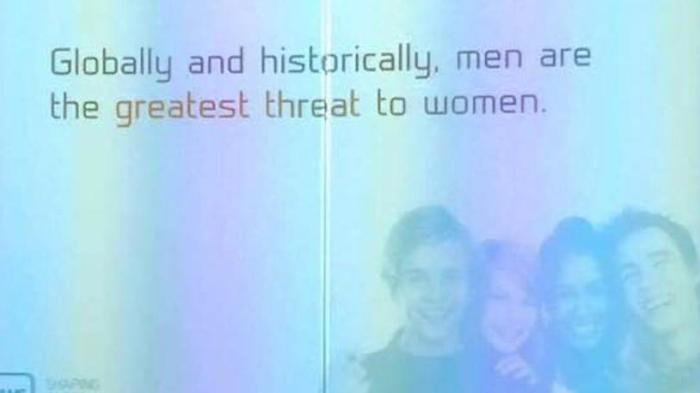 Do you know what it feels like to have your entire sex lied about by a sexist ideology?

Feminists make campaigns lying about men all the time.
Like the in example, you see above which is from the respectful relationships School program which was defended as a “discussion starter” by Director Dan McGrechan

In the past men’s right activists have gender-flipped the horrid things feminists have said about men to point out how sexist it is. A good example of this would be the  don’t be that girl campaign

It’s this at this point when the mainstream media gets involved and tries to claim that MRA’s the gender-flipping something that feminists originally said is us expressing our true opinion.
This time we are making our targets unmistakenly obvious.
links to the related stories below